Augusta Arsenal was first established in 1826 on the Savannah Riverbanks. The Arsenal then moved away from the banks due to health problems and established the permanent historical site on what would be later become Augusta Universities’ Summerville Campus. After the Arsenal’s big relocation the following year they reconstructed alongside a toll plank road. The road would later became known as Walton Way. In 1828 the Arsenal constructed four main buildings and a loop-holed wall that can be seen today. 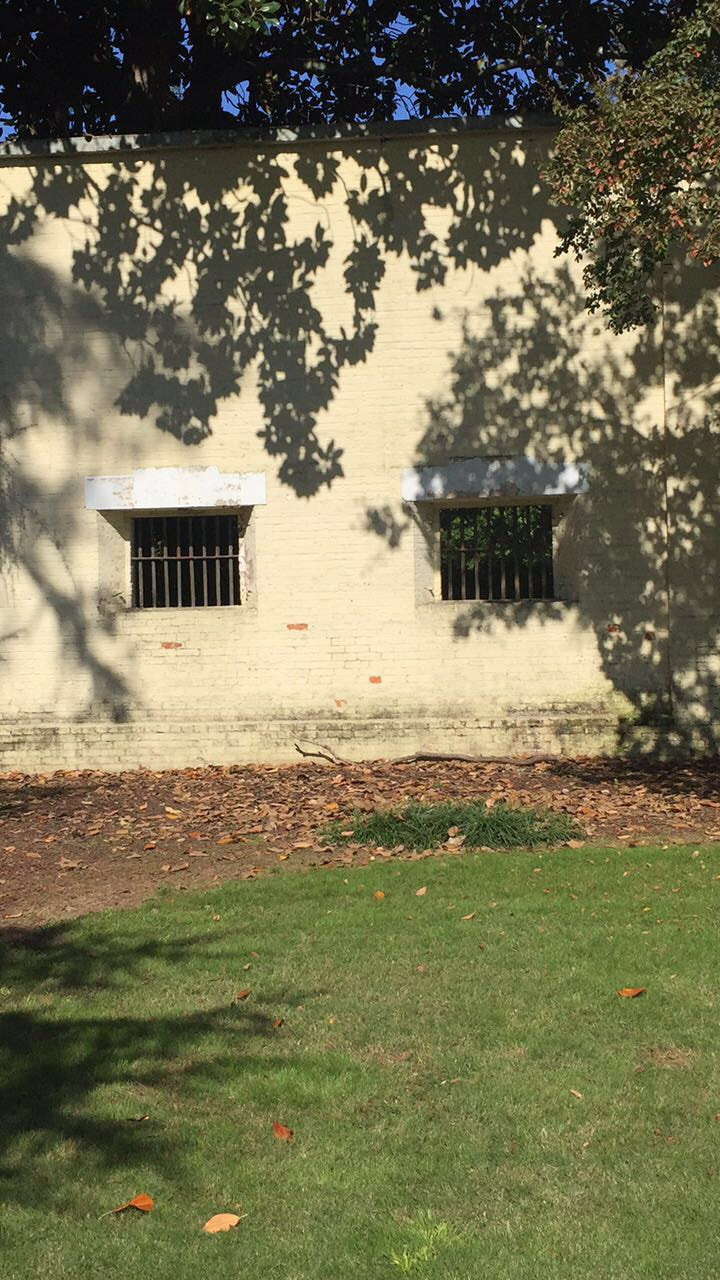 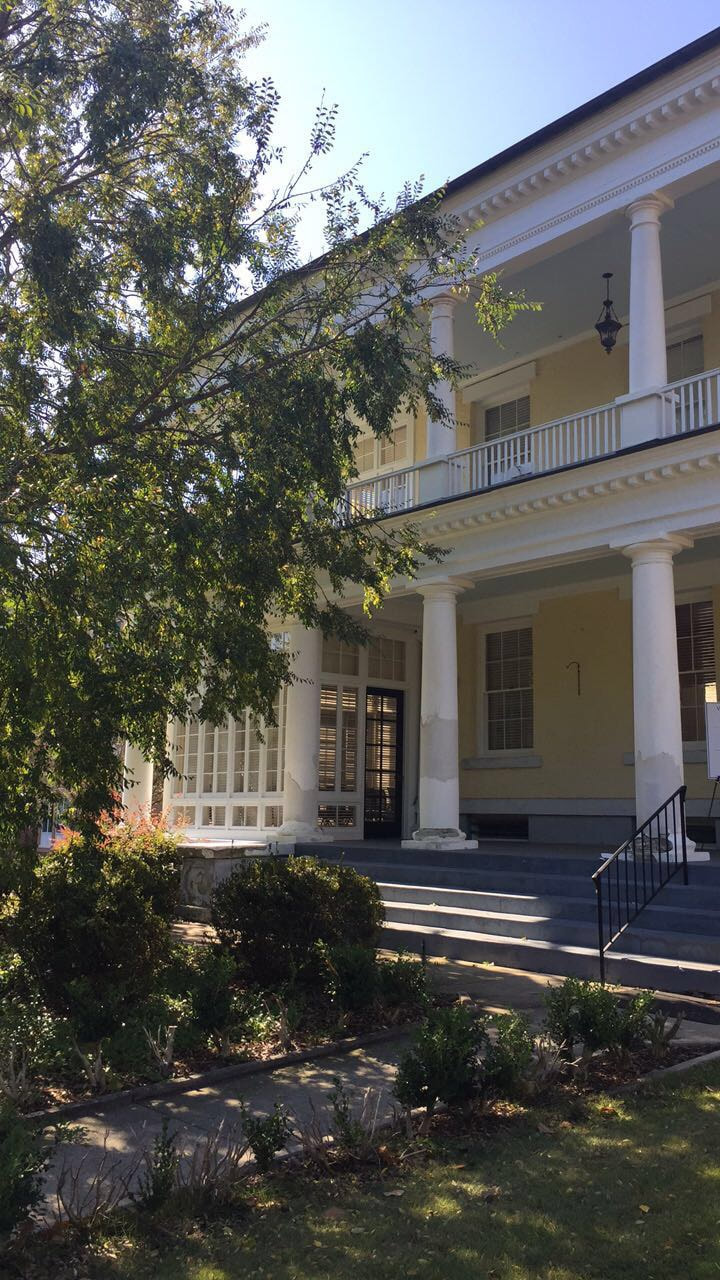 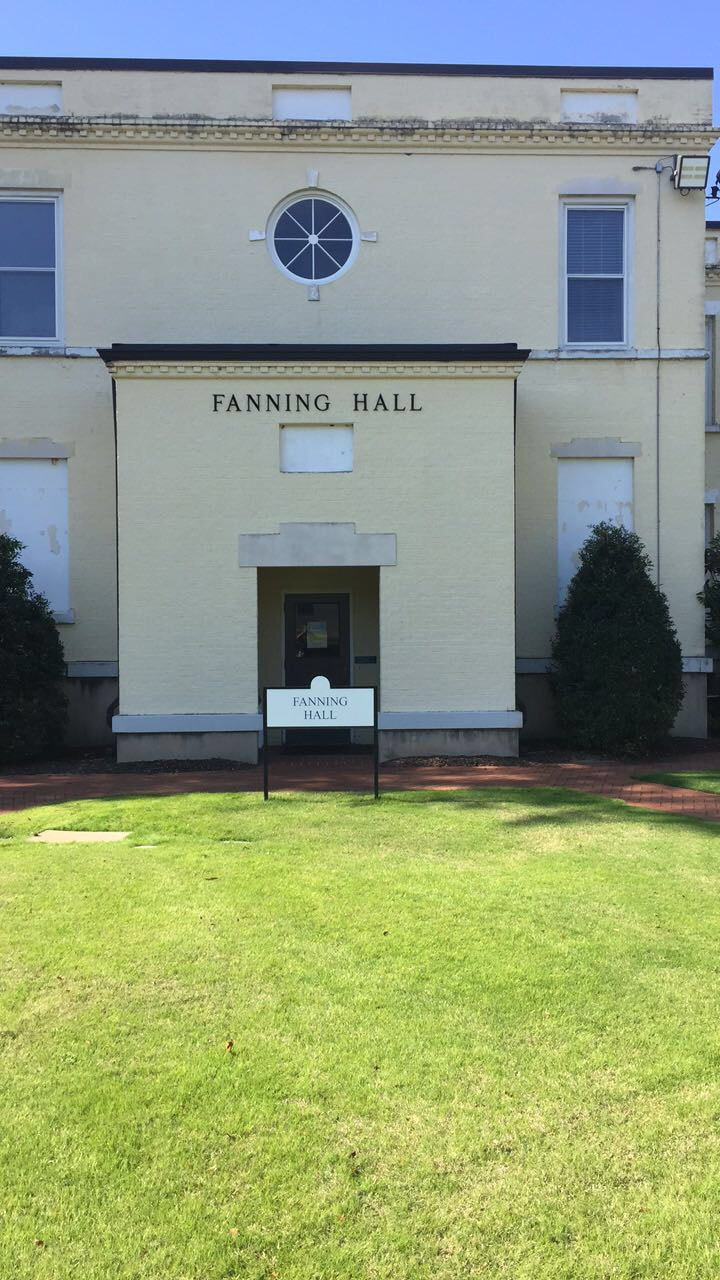 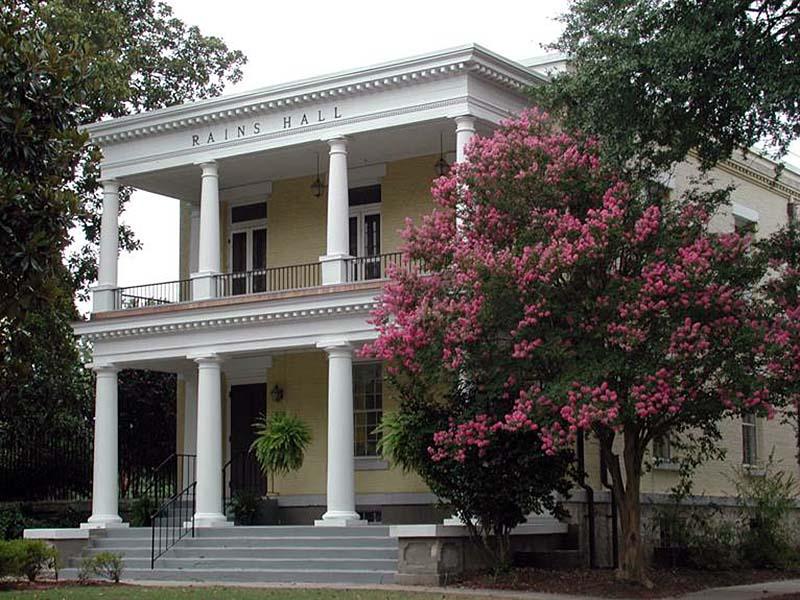 During the Civil War the Arsenal saw lots of action. The US government reinforced the arsenal with over 20,000 arms on top of artillery units. Then when Georgia seceded from the Union in 1861 Governor Brown ordered the arsenal to surrender but instead the Confederate President Jefferson Davis used both the Augusta Canal and the Savannah River to supply the confederate forces. He boasted to the Union that the production of war supply was higher due to the new Powder factory, Sibley Mill (refer to The Mills) making 30,000 pounds of powder in a single day, and the prior generous donation of the US government to fully stock the arsenal. On top of all this Augusta's Arsenal made cavalry equipment and was used as both a hospital and a boot camp. As the war died out in 1865 the Arsenal was returned to the US Government. It's time of need had run its course, yet a greater war was coming and the US needed give everything it had to secure a victory.
As war sparked up once again in the Augusta Arsenal prove to be a valuable asset for helping the US in both the Spanish American War and then the First World War. The Arsenal was used to repair small arms and rifles. With all the attentions going towards the war efforts many building fell under disrepair and the Works Progress Administration helped get paved roads and improved the buildings thus it made for better productions during the war. The Arsenal then saw an even larger change in geography as WWII came around. The arsenal added new buildings to help with maintenance, supply of ordnance material, and fire control operations. As wars were beginning to fade once again so did the use for the arsenal.
In 1955 the arsenal permanently closed and the Georgia Board of education claimed and then gave the Augusta Arsenal to the Junior College in their non-renovated states. Today many of the Arsenal buildings are being used as administration buildings for Augusta University. Around the Summerville campus there are memorials to the great arsenal and as it stands to date the Arsenal plays a large part in military history in the city of Augusta. From the use of the canal and boot camps established to supply the confederates to the use of the Arsenal in WWI and WWII to help organize attacks the arsenal has managed to stay intact and unscathed by time.
​ 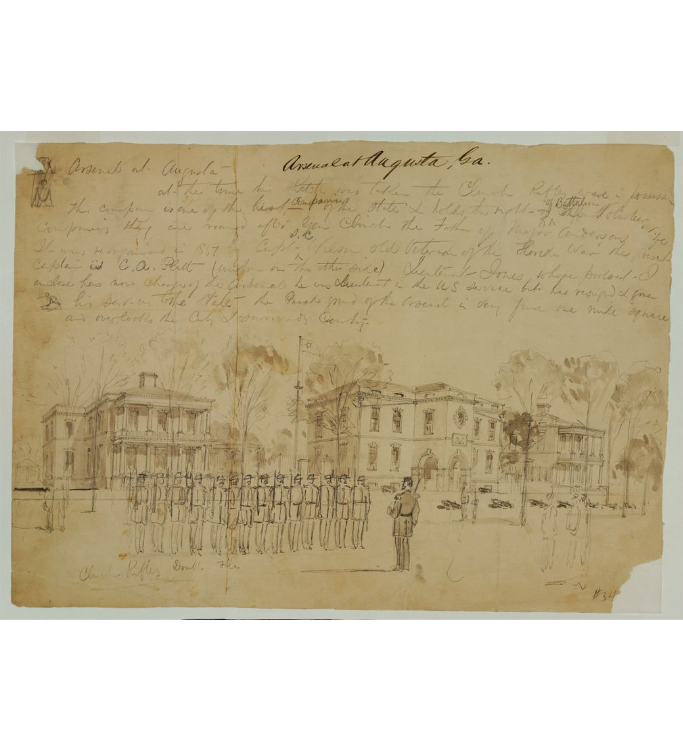 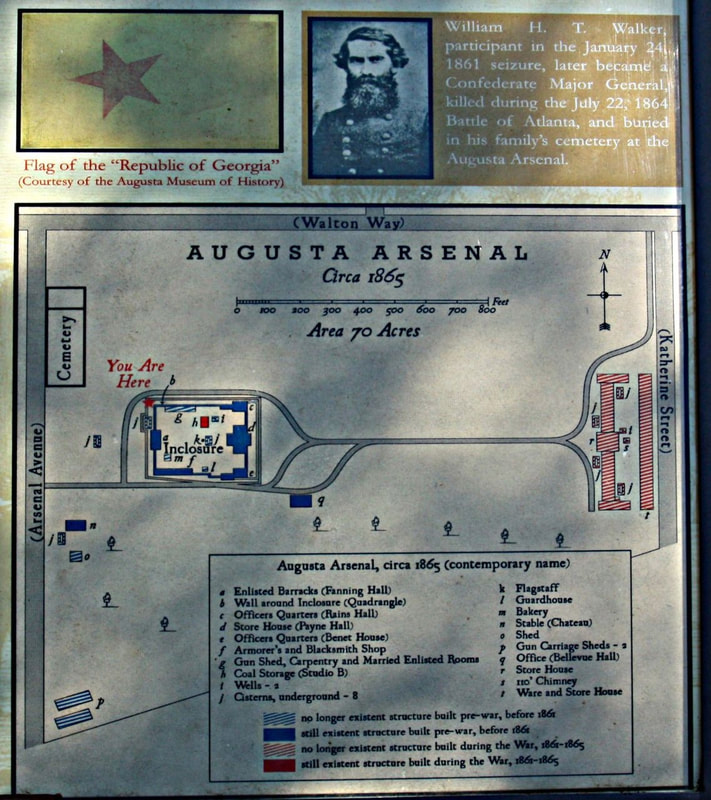 The Arsenal commandant's house, one of the original arsenal buildings, is now known as the Stephen Vincent Benét House on Augusta University's Summerville campus. Since the house was among the four major building on the arsenals ground it has seen many decades and has remained in use. Today the Stephen Vincent Benét House is used as the admissions office for Augusta University. Though the inside has had minor modifications to make it useful to the university many of its aged features inside and out have remained the same. The Benét House became a National Historic Landmark on November 11, 1971. 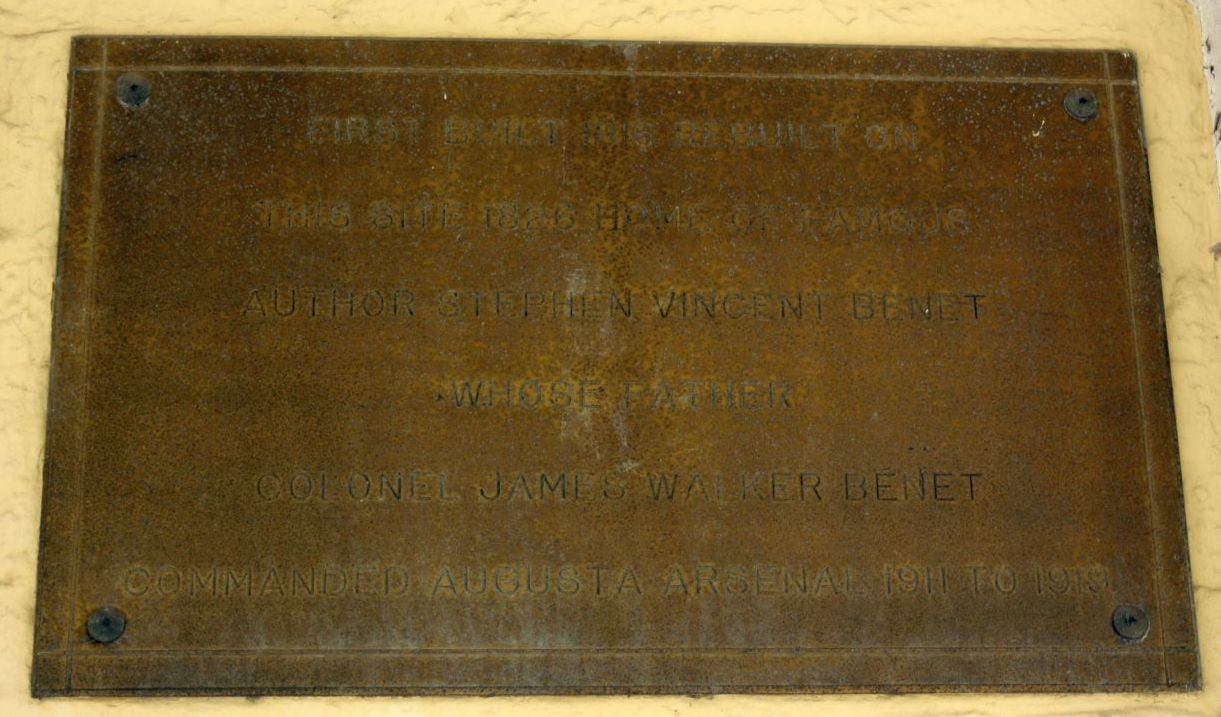 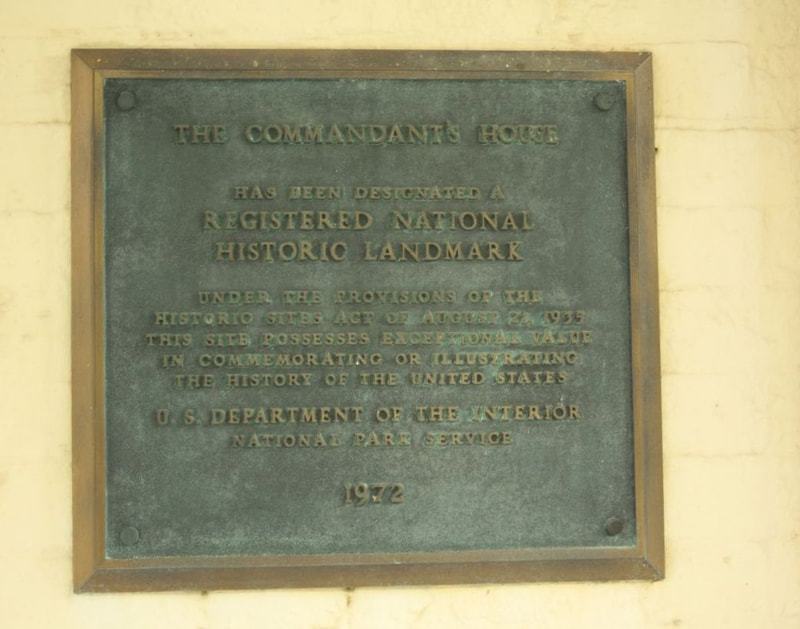